Spring Training with the Yankees

One Saturday morning, hubby and I took a four-hour drive to Tampa to watch our favorite team in one of their exhibition games. The Bronx Bombers were playing against the Atlanta Braves that day. Since it was a spontaneous trip, we were not able to buy our tickets in advance and by that time, there was no longer any ticket available at mlb.com.  We decided to go anyway, thinking that we can get tickets at the box office. 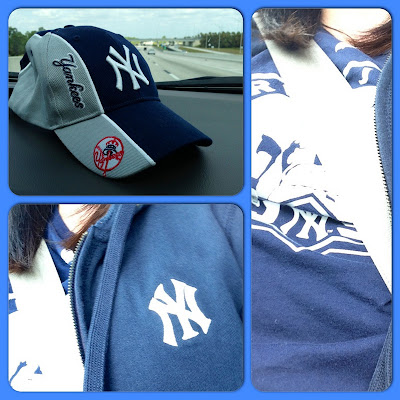 We  left the house around 8:30 A.M. knowing that by the time we arrive at the stadium, we would have missed the start of the game.  While we were on the road, hubby's daughter called that she was able to get us tickets online. Thank goodness!

On our way to the stadium, we had to stop by Office Depot to have our tickets printed.  After thirty minutes at Office Depot, numerous stops at the red light and missing our turn twice, we arrived at George M. Steinbrenner Field towards the end of the fifth inning, thus, missing that "historic" moment when Derek Jeter and Mariano Rivera, returned to the field after being away due to major injuries. 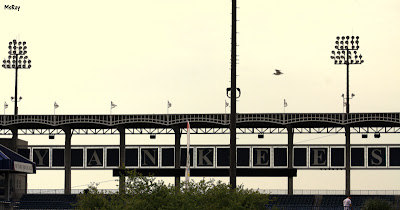 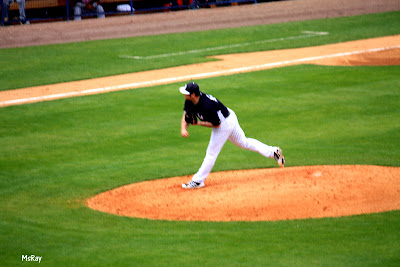 Joba Chamberlain pitching in the bottom of the 6th inning


It was "raining Yankees" at the ballpark.  Everywhere I turn, I could see Yankee fans of all ages (and sizes). There were Atlanta Braves fans present but they were outnumbered by the Yankees. 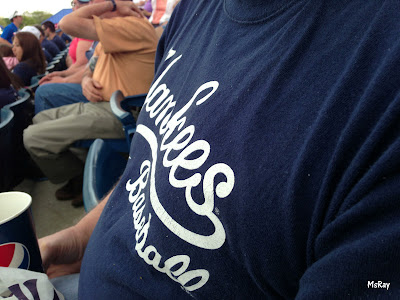 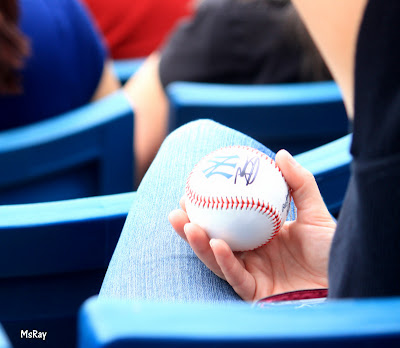 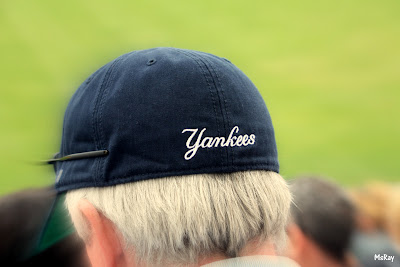 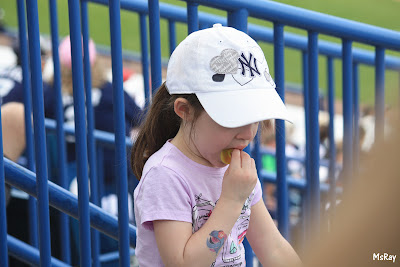 The players in action: 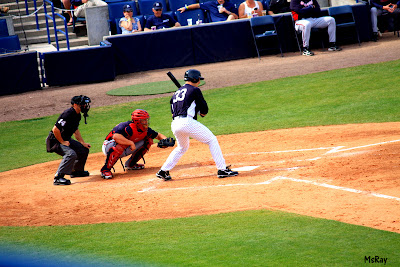 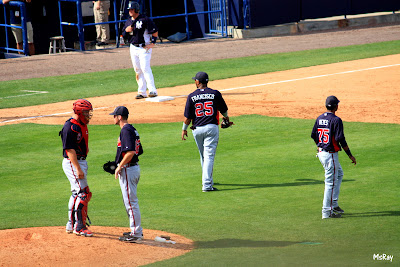 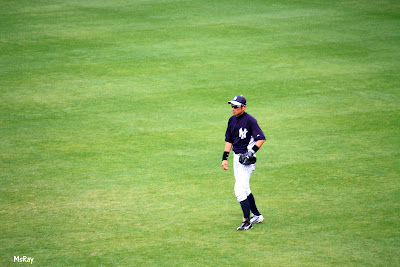 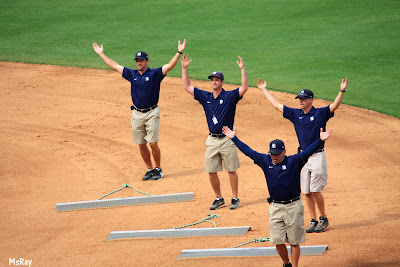 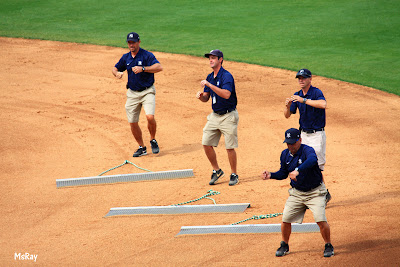 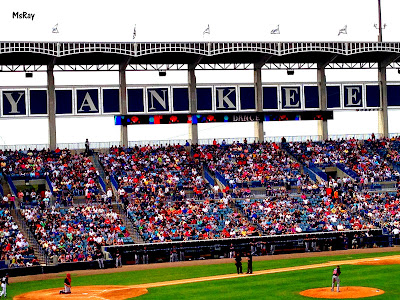 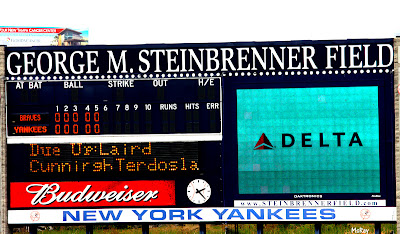 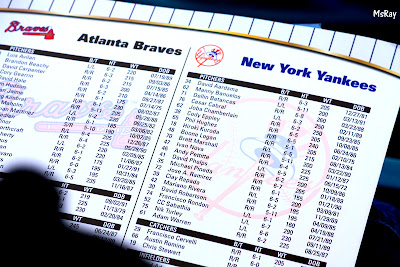 After the games, hubby and I went around the ballpark ground for some "sightseeing". 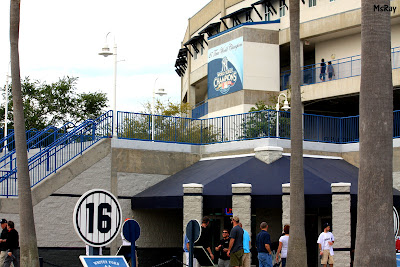 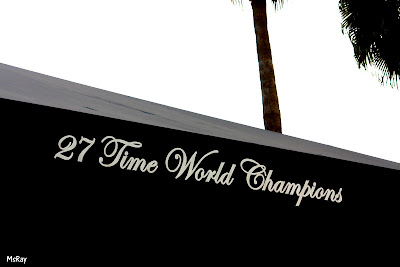 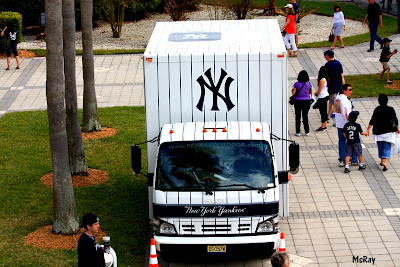 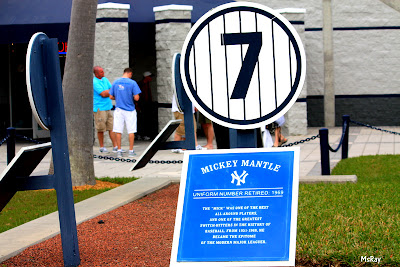 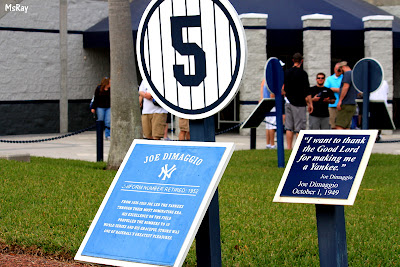 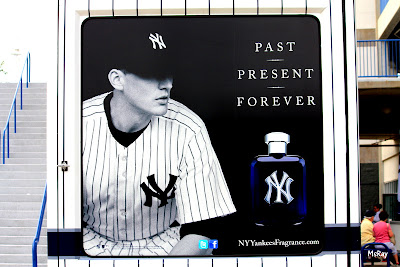 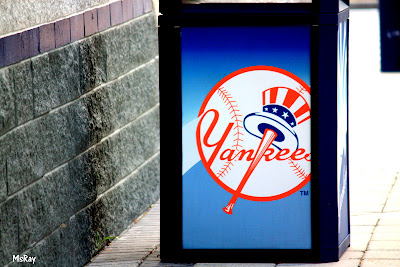 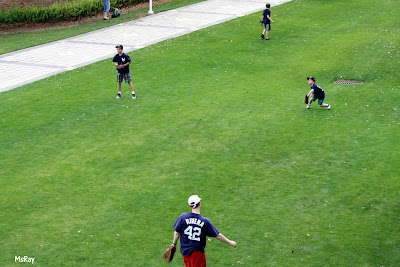 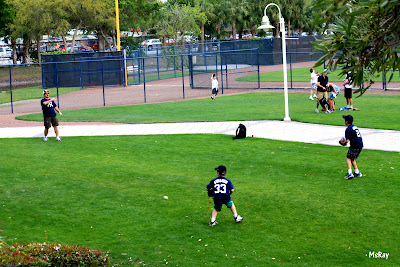 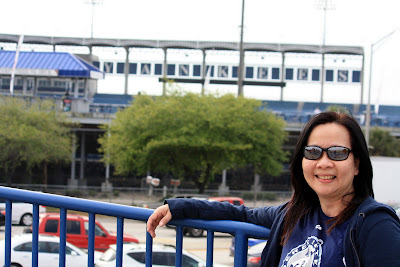 I watched my favorite team in action on a beautiful day, I visited the Yankees spring training site for the first time, I got myself another Yankee shirt, and I got to spend the weekend with my hubby.   'Twas a memorable weekend.