Thoughts of a Filipino: I Trust Noynoy 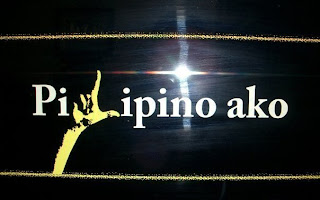 I am voting for Noynoy on Monday. And I dearly hope that people will not dare insult me by saying that I am voting for Noynoy "for sentimental reasons" because I am not stupid and I will never waste my vote in that manner. I am voting not for myself alone but for the future of my nieces and nephews and my students. I am voting for a leader who, I believe, will sincerely and honestly serve us. I am voting for a leader who, I believe, will sincerely and honestly serve us. I am voting for a leader who I can trust because, in the next 6 years, I do not intend to just sit and wait for a brighter Philippines to unfold before my eyes. Each of us has a role to play; each of us must do something other than rant endlessly. But it will be difficult to perform our civic obligations and responsibilities if we do not trust The Man at the helm of our government (think GMA and how much people distrust her).
For those of you who say, Noynoy has "not done anything, has accomplished nothing," I am disappointed that you have the power of advanced technology - the internet- right at the tip of your fingers and yet, you have not used it (other than to do Facebook?) to find out the truth. Research. Use the internet. But be objective. That shouldn't be very difficult. I am sure you will discover the truth.
"Galing at talino" (ability and intelligence) are not enough for me. Mas magaling at mas matalino si Marcos. Magaling din at matalino si GMA. (Marcos was more clever and intelligent. GMA is also clever and intelligent) There is no need for me to write in detail what these two presidents have done for the Philippines because I am very sure you know your history and current events.
I am bothered by Mr. Teodoro's statement in the first open forum about what he owes GMA for giving him a chance to run for the Presidency. "Utang na loob" (sense of indebtedness) is something I am not comfortable with. I am also not happy that Mr. Teodoro, as defense minister who should have had information about the arms cache of the Ampatuans, was unable to do anything about private armies in Mindanao (and yet he claimed- falsely- that he "is the cleanest defense minister", conveniently forgetting his history: Ramon Magsaysay was Defense Minister before he became President of the Philippines. I suggest that we all refresh our memories about what RM was able to achieve as defense minister vis-a-vis Mr. Teodoro's record).
This notwithstanding, I respect your decision. Whoever it is that you vote for on Monday- Aquino, Villar, Erap, Gibo, Gordon, etc., let us all pray together for clean and honest elections.
I am sharing with you the article that has prodded me to write this note. I hope, before you start bashing me and Noynoy, that you take time to read it.