During my spring break vacation at Maui last year, I visited the old Lahaina Courthouse at the famous historic town of Lahaina. Built in 1859 from the stones of the demolished Hale Piula (iron-roofed house intended as palace of Hawaii's King Kamehameha III), it was in this place where the Hawaiian flag was lowered and the US flag raised, marking the annexation of the Hawaiian islands to the US.
Today, the old Courthouse is houses the Lahaina Heritage Museum where visitors will find artifacts on Hawaiian history. 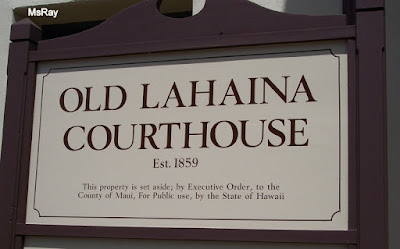 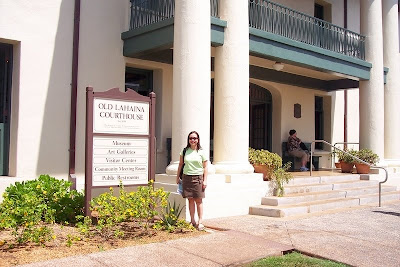 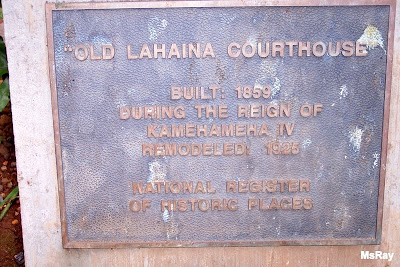 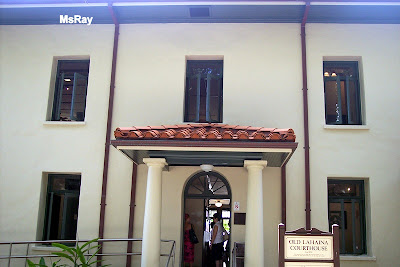 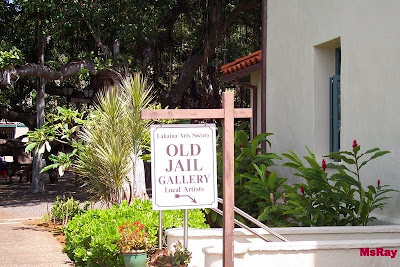 located at the basement of the courthouse 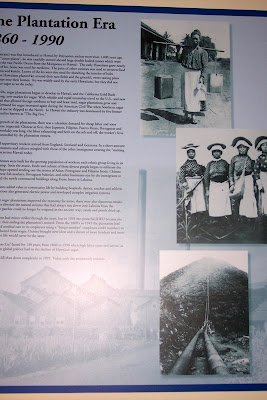 Artifacts on display at the museum include a machete and pressing irons used during Hawaii's Plantation era (1860-1990). 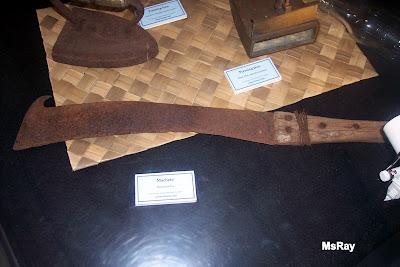 Ko (sugarcane) was first introduced to Hawaii by Polynesian settlers more than 1,000 years ago. One of the "canoe plants", ko was carefully stowed aboard large double hulled canoe which were sailed across the vast Pacific Ocean from the Marquesas to Hawaii.
In the 1840s, sugar plantations began to develop in Hawaii, and the California Gold Rush created a strong, new market for sugar. With reliable and rapid steamship travel to the U.S., and new laws in Hawaii that allowed foreign residents to buy and lease land, sugar plantations grew and prospered. Demand for sugar increased again during the American Civil War when Southern sugar harvests could not be shipped to the North.
With the growth of the plantations, there was a relentless demand for cheap labor and soon immigrants were imported: Chinese at first, then Japanese, Filipino, Puerto Rican, Portuguese and Korean. The workday was long; labor exhausting and both on the job and off, the worker's lives were strictly controlled by the plantation owners.
Skilled and supervisory workers arrived from England, Scotland and Germany. In a short amount of time, their customs and culture mingled with those of the other immigrants creating the "melting pot" that characterizes Hawaii today.
Plantation houses were built for the growing population of workers; each ethnic group living in its own separate camp. Soon the music, foods and culture of these diverse people began to infiltrate the community. Shops opened sending out the aroma of Asian, Portuguese and Filipino foods. Chinese sundries, Japanese fish markets, Portuguese bakeries, and other businesses run by the immigrants to the islands, filled the newly constructed buildings along Front Street in Lahaina.
The Plantation Era lasted for 130 years, from 1860 to 1990 when high labor costs and unrest, as was change in global politics lead to the decline of Hawaiian sugar.
- from The Lahaina Heritage Museum
Posted by MsRay

You had a very informative weekend!

This is a wonderful place to visit, however, we did not have enough time to see and enjoy the beauty and splendor of what Hawaii can offer!