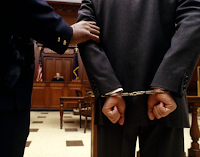 When I hear about "Oklahoma", the first thing that comes to my mind is the infamous 1995 Oklahoma City bombing. That was the most significant criminal act of terrorism that happened in the U.S. until the 911 attacks in September 2001.

Talking about criminality in Oklahoma, according to a study published online, the state has the highest female incarceration rate in the U.S. Although the rate of crime reported in Oklahoma is not higher than that in other states, and the arrest of female offenders is about the same as that of the nation, yet, the incarceration of convicted female offenders is more than double the rate of that nationwide. It is important that these people must have the assistance of a good Oklahoma criminal defense attorney to help them with their legal rights for after all, every person is presumed innocent until proven otherwise.

Email ThisBlogThis!Share to TwitterShare to FacebookShare to Pinterest
Labels: Law