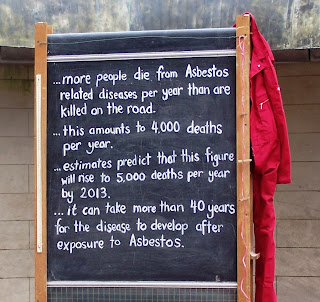 Mesothelioma is a form of cancer known to be caused by exposure to asbestos.  Those who have developed this disease have worked on jobs where they inhaled asbestos particles, or have been exposed to asbestos dust and fibers.  However, a lot of victims were exposed to asbestos present in their workplace without their knowledge or they were never told about  its dangers nor were given the proper protective gear.  There were also others who were exposed through family members who brought asbestos to their homes on their clothes.

Mesothelioma can develop between 10 to 70 years after a victim's initial exposure.  Although this disease can be prevented, many workplaces involved in asbestos do not warn their workers who are exposed to this element about its hazards nor have given them enough protection.  As a result, many workers have developed this deadly disease.

Although there are medical treatments as well as legal options available to victims, taking  preventive measures is still the best approach to fighting this deadly disease.

thanks for the info ms. ray...

very true, new laws have been applied over here in Australia to protect workers...