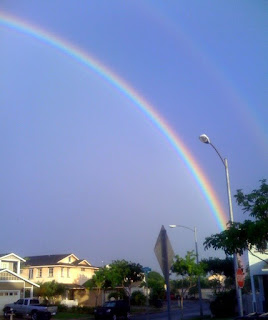 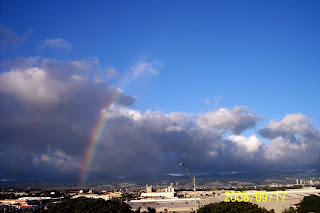 Hawai'i is known as the Rainbow State because of the frequency with which brilliant rainbows appear in the islands. Visitors are amazed by the beauty of the rainbows that appear in Hawai'i skies. I have been a Hawai'i resident for two years now but everytime I see a "double" rainbow appear across the skies, I still am amazed and in awe at its beauty. 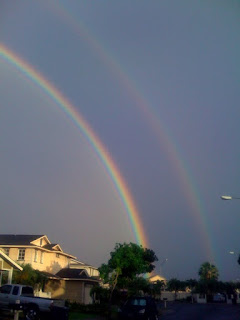 I've taken a couple of pictures of the rainbow but the photos do not give justice to its beauty. You should come to Hawai'i and see for yourself why this place is called the "Rainbow State".
Above is a video of the late Israel Kamakawiwo'ole, a Hawai'ian musician who became famous worldwide for his medley of "Over the Rainbow" and "What a Wonderful World".
Posted by MsRay