Haleakala: House of the Sun 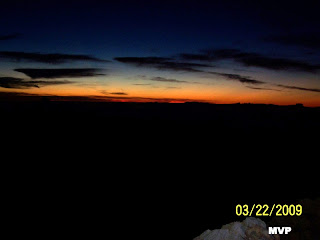 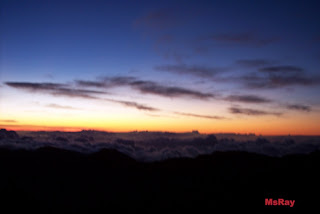 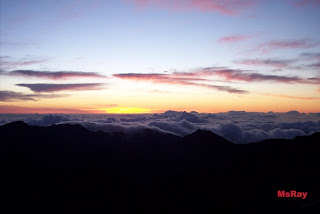 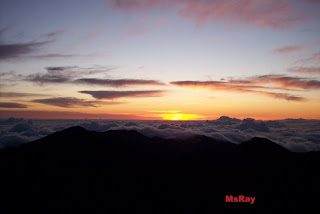 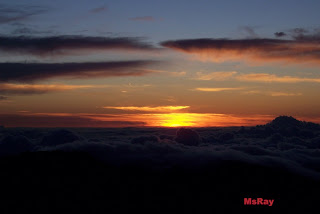 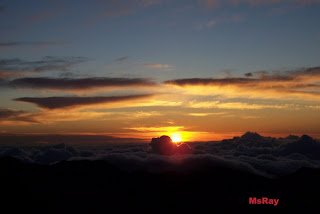 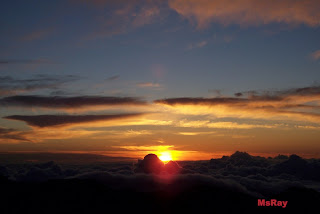 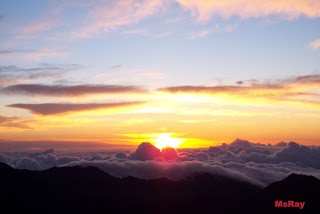 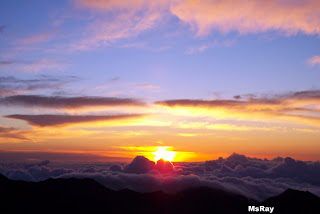 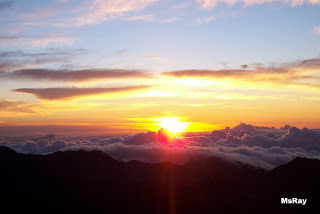 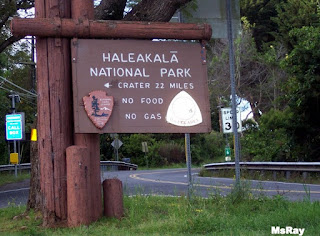 Sunday morning, we left Lahaina at around 4:20 a.m. for Haleakala National Park, Maui's main attraction.  Haleakala, which means "house of the sun" in Hawaiian, attracts more than 1.3 million visitors a year who ascend the 10,023 foot high mountain to watch the sunrise (or sunset). 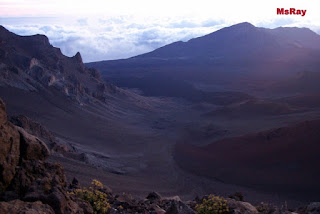 Haleakala is the largest dormant volcano in the world, although, officially, it is considered to be active, but not currently erupting.  The volcano's crater which is 3,000 feet deep, 7 1/2 miles long by 2 1/2 miles wide and encompassing 19 square miles, could hold Manhattan. 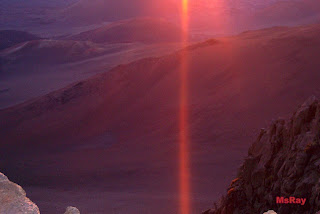 Hawaiians recognized Mt. Haleakala as a sacred site.  Today, New Agers also revere the mountain as one of the earth's powerful energy points. 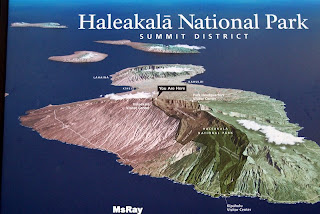 Look on the map of Maui and you will see a black wiggly line that looks like WWWW.  That is the Haleakala Crater Road, also known as Highway 378, one of the fastest-ascending roads in the world. 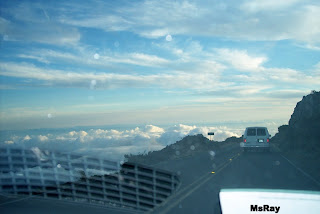 Going up Mt. Haleakala is an experience.  The zigzag  road passes through big puffy clouds.  We drove up there at pre-dawn so it was too dark to see the view on our way up.  However, coming down, we saw views of the West Maui mountains and the Pacific Ocean. 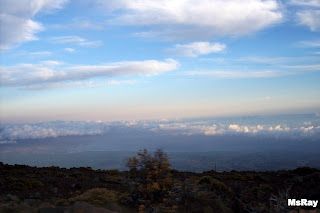 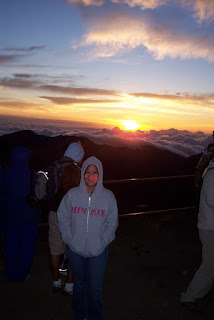 As you ascend the slopes, the temperature drops and at the top it can be 30 degrees cooler than it was at sea level.  It is a must to gear yourself with VERY thick clothing, head cover and gloves.  At the 10,023 foot summit, the weather changes fast, and with wind chill, the temperature was below freezing. We had our sweaters on but failed to bring gloves.  You could just imagine the pain we had to endure. LOL! 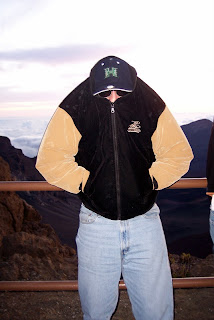 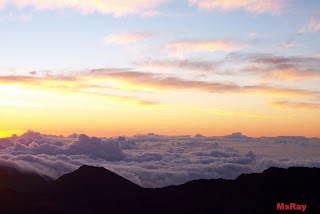 Most visitors (like us) drive up the summit in predawn darkness to catch the sun rise.  One article I read said that Mark Twain called the place as the "sublimest spectacle" of his life. From the summit, one is also able to catch a glimpse of the snow-covered Mauna Kea in the Big Island, the world's tallest mountain (measured from the ocean floor). 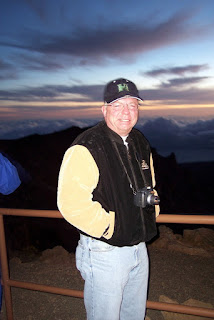 Legend tells that the volcano got its name from a very clever trick that the demigod Maui pulled on the sun.  Maui's mother, the goddess Hina, complained one day that the sun sped across the sky so quickly that her tapa cloth couldn't dry.  So Maui devised a plan.  The next morning, he went on the top of the great mountain and waited for the sun to rise.  Quickly, Maui lassoed the sun, bringing its path across the sky to an abrupt halt.  The sun begged Maui to let go.  Maui assented on one condition:  that the sun slow its trip across the sky to give the island more sunlight.  The sun agreed.  In honor of the agreement, the Hawaiians called the mountain, Haleakala (house of the sun).
Posted by MsRay