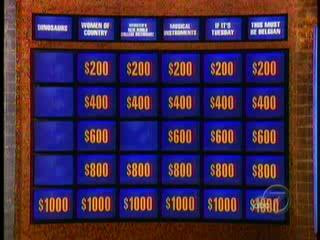 Those who grew up in the US are familiar with "Jeopardy!", a popular quiz show featuring trivia topics in such areas as history, literature, pop culture and science.
In our Legal Writing class last Thursday, Professor J (who was a Jeopardy! champion in her younger years) decided we play Jeopardy to test our knowledge in Legal Research and the BlueBook (style guide for legal citation in the U.S.)
We were divided into  four groups of three members and played on  categories such as Courts, Formats, Abbreviations, Etc.
I played for Team D with Jocelyn and Sean.  At the end of the game, we were ahead of the rest with $1800 but at the 'Daily Double', we risked the whole $1800 we've accumulated for a chance to win the game.  For the last test, we were made to write correctly a parallel citation of a Hawaii case.  We thought we did everything right except that a 'dot' we incorrectly added  made us lose all our money - and the  game.
Better luck, or shall I say, preparation, for the next game!